Hakka singer Ayugo Huang (黃連煜) has bagged four awards at the 33rd Golden Melody Awards (GMA), which was held at Kaohsiung Arena on July 2. In addition to winning Best Hakka Singer, Best Hakka Album, and Best Vocal Group, Huang was honored with the jury award for his latest album “Mountain of Doom (滅人山).”

It’s not easy to collect GMA’s jury prize as the judges must review and debate entries in the shortlist before voting. It takes a two-thirds majority vote for the winner to receive the accolade. According to jury convener Adia (阿弟仔), this year’s GMA saw a tremendous diversity of nominated works, each having its own distinctive characteristics. During the judging process, many members of the jury were torn over which one to choose, Adia said, as they wished they could select more awardees.

Noting that all judges unanimously agreed to present the award to Huang’s Hakka album “Mountain of Doom,” Adia said that, transcending language barriers among ethnic groups, this album amazed us with a deep sense of history and great artistic vision. 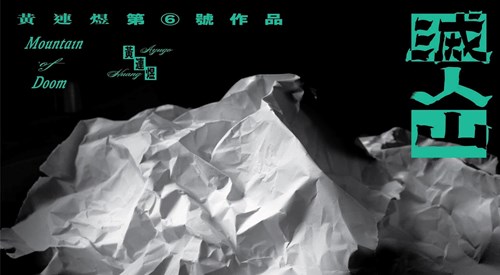 Huang said he is very happy to receive the jury award for himself and the Hakka music community, adding that the recognition given by GMA signifies that he has done well so far. He thanked all those who have helped him, hoping that people will keep supporting Hakka singers like him and he promised not to disappoint his fans.

The album “Mountain of Doom” tells a story about how Hakka ancestors overcame all difficulties to survive after they immigrated to Taiwan over 200 years ago. The theme of this album seems gloomy, but it actually intends to convey a feeling of thankfulness for life, Huang explained, because, for immigrants in ancient times, Taiwan was an island full of opportunities as well as dangers that risked their lives. Now, for us—the offspring of those immigrants, Taiwan is our beloved home country, Huang said, adding that we are all residents of the island regardless of ethnicity and language.